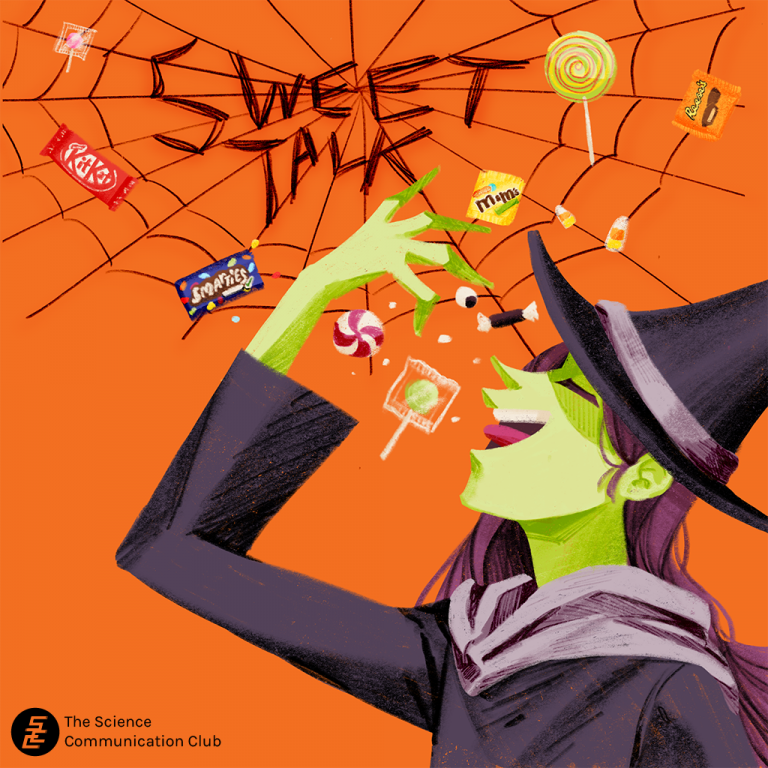 Picture this: it’s Halloween night and the first wave of trick-or-treaters floods the streets. Long-awaited sweets make their way from goody bags to mouths, and the scene devolves into chaos. Shrieking kids sprint down—and sometimes across—the roads with abandon and others have melted down into temper tantrums on strangers’ front lawns. As exhausted parents begin to wrangle their children back home, they’re already dreading the return of this experience next year.

Common parental wisdom claims that eating sweet treats like candy or soft drinks will lead to a “sugar rush” where their kids become uncontrollably energetic, and a subsequent crash as the sugar’s power runs out. It’s an explanation that many of us carry into our adult lives; who hasn’t tried dumping too much sugar into a cup of coffee or tea in a last-ditch attempt to stay awake for a little longer?

Sugar is a kind of carbohydrate, one of the three main nutrients our bodies need to function. After carbohydrates enter the digestive system, they are broken down into glucose, which is a source of energy. Glucose enters the bloodstream and is transported around the body to fuel its various processes. Based on this understanding of how carbs work, it’s easy to see why many of us believe that we can temporarily gain energy by eating sugary foods.

However, in 2018, a group of researchers reviewed the results of 31 earlier studies about the connection between sugar intake, energy, and mood. Despite the widespread nature of the sugar rush story, the researchers couldn’t find support for the idea that eating something sweet will make someone more active or improve their mood. On the other hand, the sugar crash does seem to exist: people tend to become more fatigued and less alert within the same hour that they consume a sweet snack.

Though the sugar rush myth has been debunked, other studies have raised many health concerns about sugar intake, especially in children. Eating too much processed or added sugar, which is the kind usually found in a trick-or-treating bag, has been linked to a heightened risk for tooth decay, moderate or severe acne, obesity, cardiovascular problems, and a whole host of other issues.

It’s important to note that these risks aren’t associated with naturally occurring sugars, like those in fruits. Sweet foods which undergo less processing—such as whole-grain cereal, yogurt, or real fruit juice—may actually protect people from the risk of increased blood pressure, as a research team from UofT reported in 2019. Unfortunately, consumers tend to be kept in the dark about whether the food they buy contains natural or added sugar. In 2016, another group of UofT researchers found that 94% of the sugar in prepackaged dessert foods come from added sugar—but the nutritional labels rarely, if ever, pointed this out. Given the lack of transparency about added sugar in our food, it’s possible that someone with an excessively sugary diet may be making other lifestyle choices that are associated with poor health outcomes, due to misinformation in other areas.

While it’s important to stay aware of what we put into our bodies, Halloween only comes once a year, and many kids already missed out on trick-or-treating in 2020. Luckily for them, and those of us with a massive sweet tooth, moderation—rather than eradication—is the key to safely indulging in sugary treats. You can also reduce the chance of a sugar crash by pairing a sweet snack with a more nutrient-rich side, like a handful of nuts; the presence of other nutrients is what makes naturally occurring sugars less potentially harmful than processed ones! So when the bulk boxes of chocolate bars go on sale on November 1st, feel free to snag one! Just don’t polish the whole thing off in one sitting, or, better yet, share it with your friends!