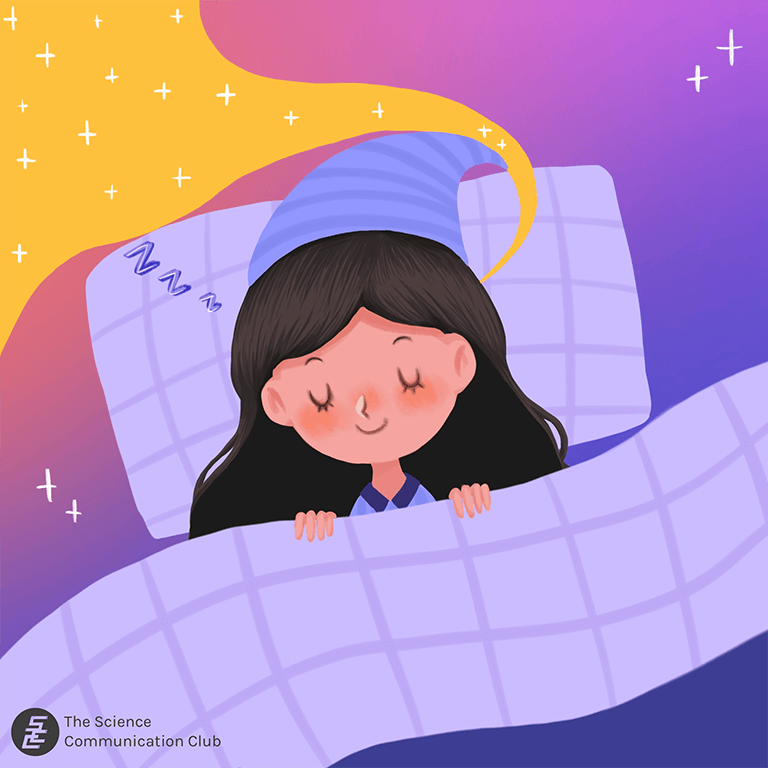 Written by Raisa Razzaque
Illustrated by Carrie He

“Everyone needs at least 8 hours of sleep!” How many times have you heard this phrase growing up? Certainly, we can all attest to hearing this from a parent after staying up binging our favourite show or pulling an all-nighter before a test. But in reality, do we actually need all 8 hours?

Sleep is essential to one’s wellbeing, and deficiencies can inevitably cause harm to our bodies. During sleep, we recharge completely as important cellular processes replenish the body’s pre-snoozing state. Hence, inadequate sleep is a risk factor for every disease condition out there—seriously—every single one of them! It truly shouldn’t be meddled with. Thus, we aren’t questioning the importance of sleep, but rather, the quantity required. Some individuals can function solely on four to six hours of sleep without compromising their health. This can be attributed to genetics, and currently, at least five genes are thought to contribute to the “condition” known as Familial Natural Short Sleep (FNSS), or “elite sleep”. All five were discovered by researchers Dr. Louis Ptacek and Dr. Ying-Hui Fu, with the first gene discovery dating back to about a decade ago. 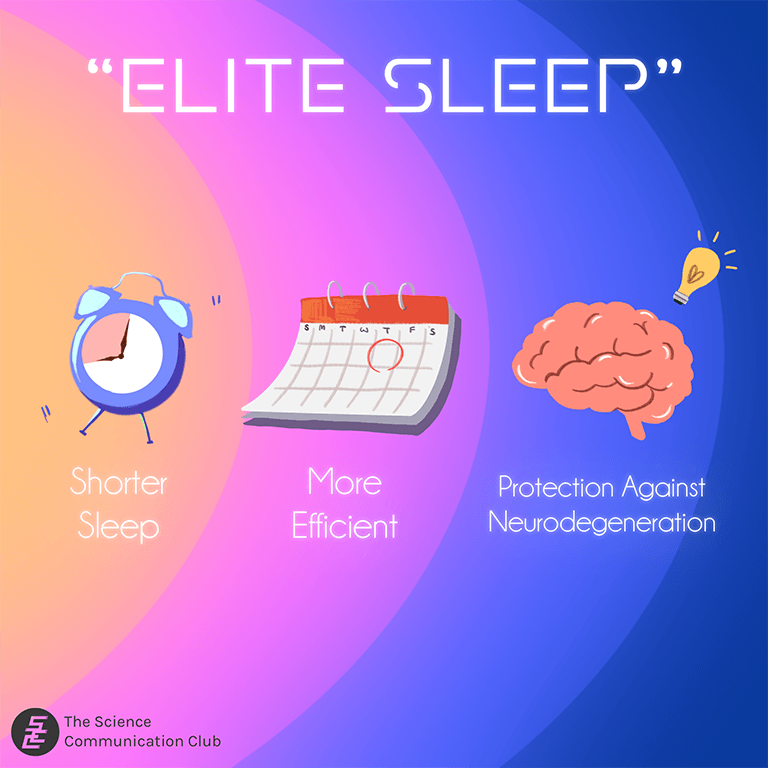 This so-called “elite” sleep condition can elicit envy, as these individuals can achieve good quality sleep in a shorter period of time. Basically, they are sleeping more “efficiently.” What’s even more perplexing, is that these same individuals, sleeping fewer hours at night, may also be protected against neurodegeneration—or at least to an extent! Neurodegeneration refers to the slow loss of brain cells, and common manifestations include diseases like Parkinson’s and Alzheimer’s. This strikingly contrasts with the popular idea that fewer hours of sleep predispose individuals to cognitive decline. Scientists Ptaek and Lu recently investigated this on two different animal models of dementia, by breeding mice both with-and-without the short-sleeping genes. Ultimately, they found that mice with the elite sleeping genes were protected against developing the brain abnormalities associated with dementia.

This opens up a plethora of doors for the future of gene-targeted drug development, specifically with respect to brain disorders. Having only uncovered a select few genes (from a repertoire of who-knows-how-many), researchers Ptaek and Fu still have ways to go. Their ultimate goal is to repurpose novel treatments that can possibly put a halt to neurodegeneration. At the very least, they aim to work on giving individuals succumbing to these diseases: soundless, quality, re-energizing sleep.

“If we can get a better understanding of why their sleep is more efficient, we can then come back and help everybody sleep more efficiently,” said Fu. “Our goal really is to help everyone live healthier and longer through getting optimum sleep.”