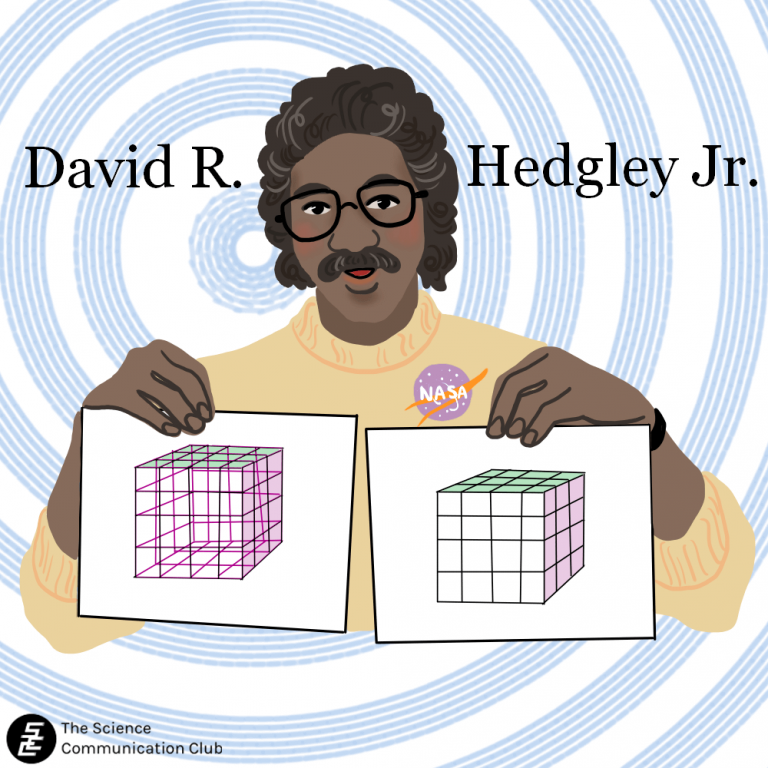 From an architect’s building design to your favourite video game, computer-generated 3D graphics are seamlessly integrated into our daily lives. While it may be difficult for many of us to imagine the world today without 3D images, surprisingly, their development didn’t begin until the early 1960s! Since then, the efforts of numerous researchers and innovators have culminated to make precise, intricate 3D graphics possible. One notably significant figure is mathematician and computer scientist David R. Hedgley, Jr, who came up with an algorithm to solve the “hidden-line problem” of computer graphics.

Hedgley had been working at the National Aeronautics and Space Administration (NASA) Ames Research Center in California since 1966. His position as a computer programmer regularly exposed him to complex mathematical problems. Although computer-generated graphics had only been conceptualized in the early 60s, its demand, particularly in technical industries (such as aerospace engineering), was growing rapidly. At Ames Research Center, scientists needed to graphically represent the in-flight stability of aircrafts as a mathematical function of two variables. In an attempt to improve this process, Hedgley took on the challenge to devise an algorithm that could produce 3D graphics both accurately and efficiently. He specifically addressed the “hidden-line problem”: when instructed to draw a 3D object (like a box), a computer would draw all the lines connecting the vertices without recognizing that some lines should be hidden from the viewer’s perspective.

In 1982, Hedgley’s solution was published in NASA Reference Publication. His paper was divided into two parts: the definition and proof of his mathematical theorem, and an algorithm implementing it. Hedgley’s theorem demonstrated a way to determine whether a line of a 3D object should be visible by choosing just a few points from that line. Thus, the theorem also provided a foundation for more efficient algorithms. Hedgley’s algorithm was also the first general solution to the hidden-line problem. Designed to be easily applicable to any form of 3D graphics needed to be drawn, his algorithm did not arrive with any limitations. 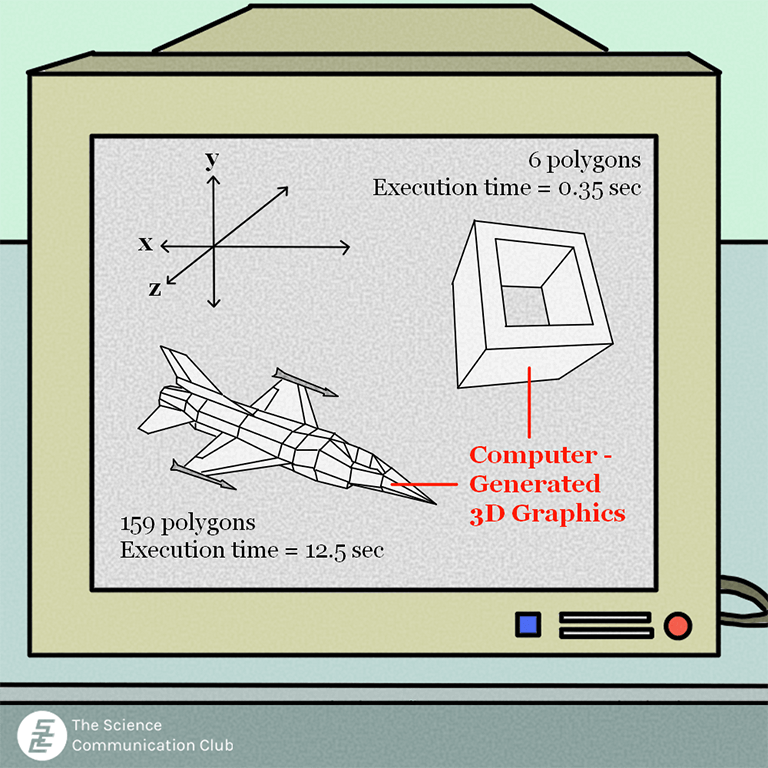 Despite having a robust theory, Hedgly’s approach was met with initial skepticism from the scientific community—he even had to write a letter to the prestigious Lawrence Livermore National Laboratory to defend it. In a 1986 interview with Ebony Magazine, he particularly reflected on the institutional racism he faced: “being a Black man, your credibility is questioned anyway.” After over a year, Hedgley’s algorithm was finally widely recognized as a breakthrough in computer graphics. He was honoured with NASA’s Exceptional Engineering Achievement Award in 1983, and the Ames Research Center’s H. Julian Allen Award for pure research innovation in the following year. In 1985, Hedgley received NASA’s Space Act Award, becoming the first researcher at Ames to do so. Hedgley continued working at NASA for many years, developing solutions to mathematical dilemmas and authoring multiple papers. In 1999 he designed yet another innovative algorithm—this time, presenting a way to efficiently route signal-conducting wires on a printed circuit board (a component of electronic devices that holds electrical connections together).

Though it may sound surprising, David R. Hedgley, Jr. wasn’t always interested in mathematics or computers! Growing up, he was initially drawn to linguistics, but later majored in biology and chemistry at Virginia Union University. Ultimately, he found a passion for math which led him to obtain a Master’s in the field from Michigan State University. Hedgley then worked as a teacher in Virginia for several years before eventually joining NASA. Through his remarkable contributions in mathematics, the now-retired “Father of 3D Graphics” has undoubtedly created lasting impacts on our technology today. Hedgley’s journey may also be especially inspirational to those navigating discriminatory workplaces and communities. In his interview with Ebony Magazine, he shared his philosophy of refusing to conform to the expectations of his white counterparts:

“They [Whites] are not comfortable with me because they have a slot they want me to fit in, but I don’t fit it. So, it bothers them. Most Blacks who fit those slots do very well in the system because they acquiesce. I think it’s best to be moderately competent and not compromise your dignity as a man or woman than to be extremely competent and compromise because all you are doing is acquiescing and becoming an approximation of the standard. You can never meet the standard. My philosophy is to modify or expand it, while being yourself.”