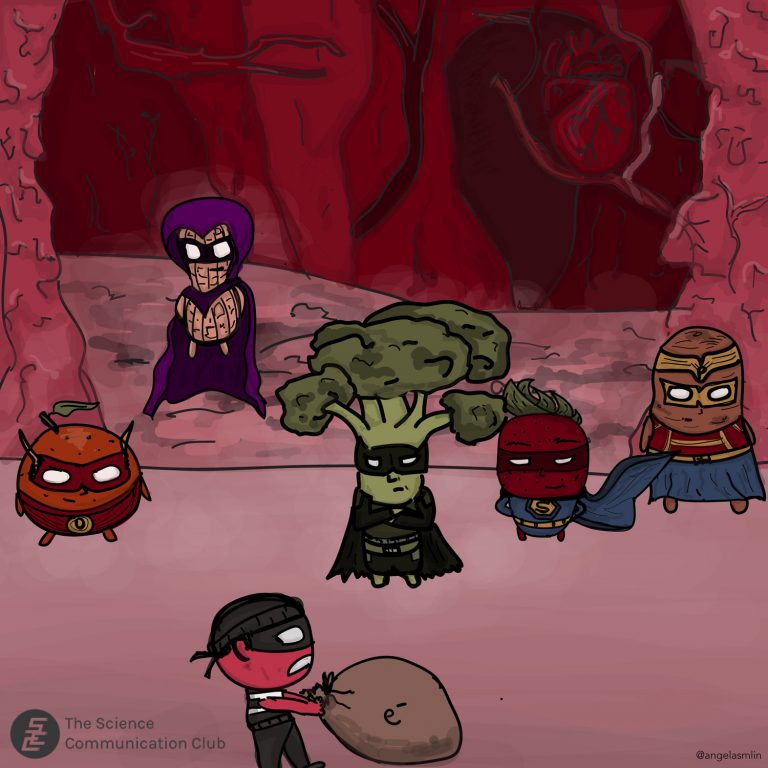 The word “antioxidants” has cropped up in many places—it’s on labels and menus advertising the health benefits of foods and drinks, and lots of nutrition recipes name it as one of their perks. But what do antioxidants actually do, and how do they affect our bodies?

To understand antioxidants in action, we first have to know about compounds called free radicals. Free radicals are generated by your own body, but they can also enter through external sources such as air pollution and cigarette smoke.

In low or moderate amounts, free radicals have beneficial effects. These include helping your cells send signals within themselves and to each other, and playing a role in the immune system by destroying invading pathogens. However, when too many free radicals are present, things can take a destructive turn.

In the atoms of many compounds, electrons are found in pairs. This helps keep the atoms in a stable state, meaning that they’re less likely to undergo (possibly dangerous) chemical reactions. Free radicals, however, contain lone unpaired electrons. In order to gain stability, they try to take away electrons from other compounds to form a pair. Free radicals often take from important compounds in our bodies, such as proteins, fats, and DNA.

When an electron is stolen from a molecule, it causes the other electron to be left alone. This means that the molecule itself becomes a free radical. It then tries to take an electron from another important compound—and the cycle continues, forming an extensive chain reaction. If it gets out of control, this process can cause considerable damage to cells and tissues. When free radicals do more harm than good, it’s called oxidative stress. This phenomenon is linked to conditions such as diabetes, cardiovascular and respiratory diseases, and some types of cancer.

So how can this be prevented? Enter antioxidants—what the body needs to stop oxidative stress in its tracks. Antioxidants, which are both made by the body and found in a variety of foods, have the ability to lose electrons without losing their stability. Because of this, they can donate electrons to free radicals, preventing the destructive chain reaction from occurring.

Although we haven’t been able to directly observe and verify the effects of antioxidants within our bodies, studies have confirmed that those who eat antioxidant-rich foods have lower risks of disease, suggesting a potential benefit of consuming these compounds on our health. In food, several well-known vitamins and minerals act as antioxidants—these include vitamin C (found abundantly in citrus, broccoli, and potatoes), vitamin E (in leafy greens, whole grains, and nuts), and selenium (in seafood and walnuts). 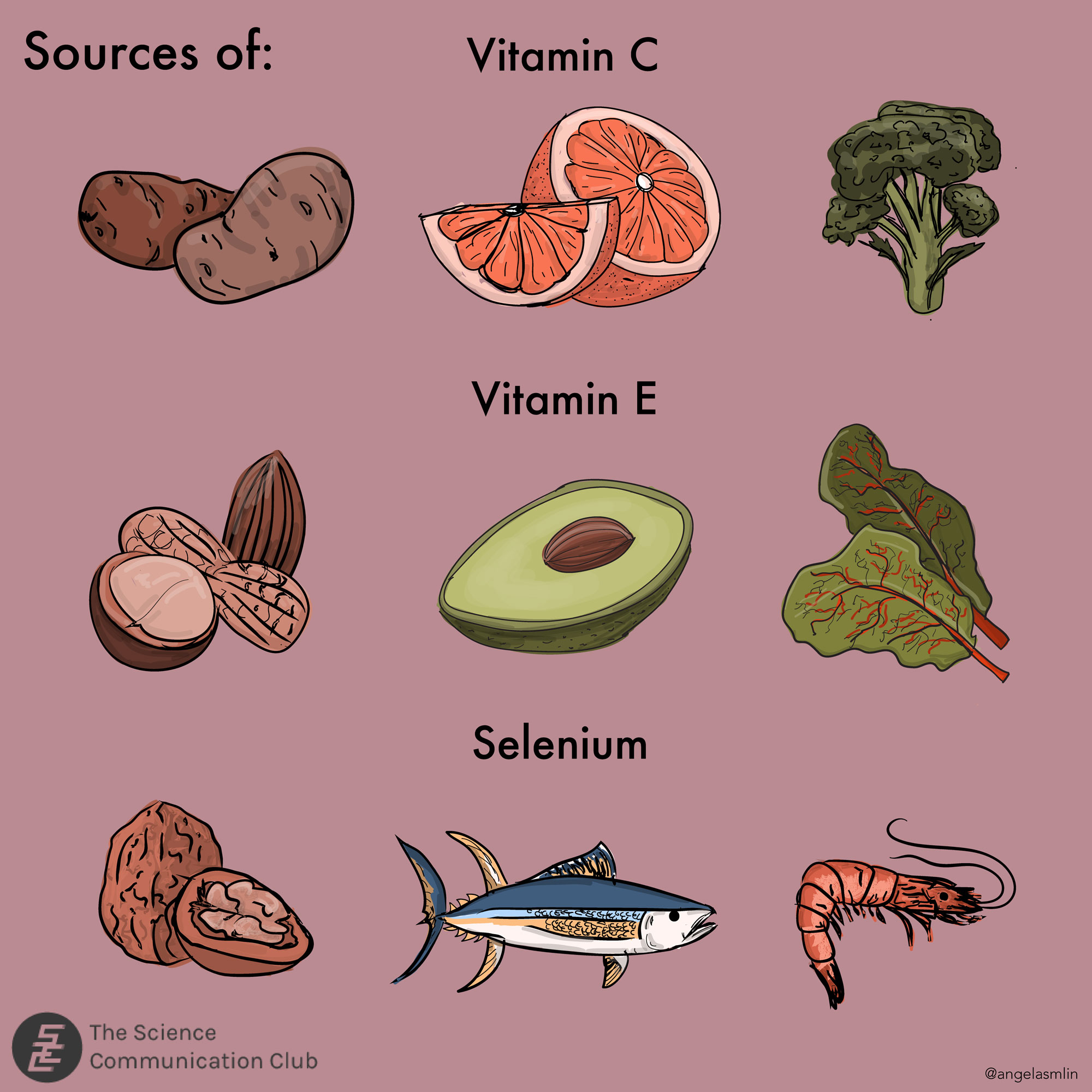 At this time, more research is needed to determine the effects of antioxidants as related to disease, but it nevertheless remains an innovative field of study that will inform us more about our health in the years to come. For now, it’s good to remember that balance is key—and if you want to be at your best, maintaining a healthy diet full of nutrients is a top choice.