The Science Behind Silk 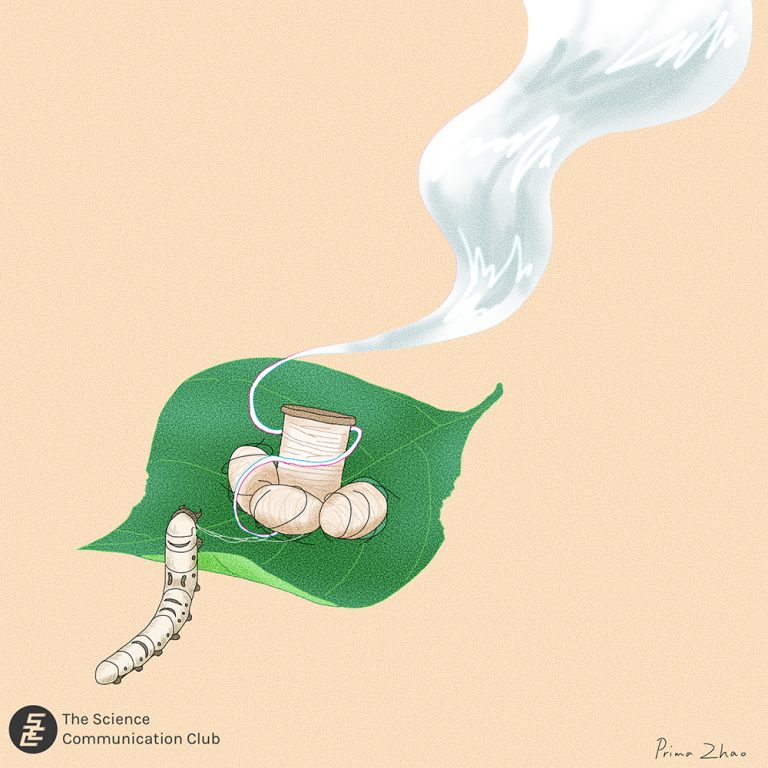 Silk has always been associated with luxury. And in recent years, there has been a growing hype over silk products, such as silk pillowcases and eye masks. But where exactly does silk come from, and what makes silk so special? Silk can be produced by a wide range of insects and arachnids, but domestic silk moths of the Bombyx mori species are most commonly used in the commercial production of silk.

The origins of silk can be traced back to Ancient China. According to legend, a silkworm cocoon (the caterpillar form of the silk moth) fell into an empress’ cup of hot tea, and the cocoon began unravelling itself until it became a long piece of thread—the silk thread that we are all familiar with today. This was also the beginning of sericulture, also known as silk farming: mulberry plants are grown for the Bombyx mori to eat, and silk is harvested from the cocoons of domestic silkworms. The average length of a silk thread obtained from one undamaged cocoon is about one kilometre!

The silkworm takes around three days to make its cocoon. The silk thread is secreted from the two openings under the silkworm’s jaw, so that two threads are made simultaneously. Each thread is largely composed of a protein called fibroin, which contributes to the strength of silk. Sericin, another protein secreted by silkworms, acts as glue to hold the two threads together. The final silk thread produced by Bombyx mori has a triangular cross section, which reflects light in varying directions to give the fabric its lustrous appearance.

Due to the unique properties of silk, this polymer is also being developed for biomedical applications in addition to its use in textiles. It has been known for a while that silk, when placed in a host organism, is rarely recognized by the immune cells of the host (i.e., a human). Normally, the host immune system recognizes the foreign substance as a threat to the body, which triggers an immune response in the host. A recent study examined the response produced by certain human immune cells when they were incubated with Thai Bombyx mori silk fibroin. Surprisingly, the researchers found that in addition to not triggering an immune response, the silk fibroin promoted the secretion of an anti-inflammatory chemical called interleukin-10, hinting its potential use in wound dressing.

In retrospect, it’s amazing how silk was discovered. We’ve essentially transformed something that was once inexpensive—the silkworm cocoon—to something that is of value, as seen in textiles and biomedical applications. When we think about silk, we often distance ourselves from the source—the silkworm—but the production of this material remains a fascinating topic!