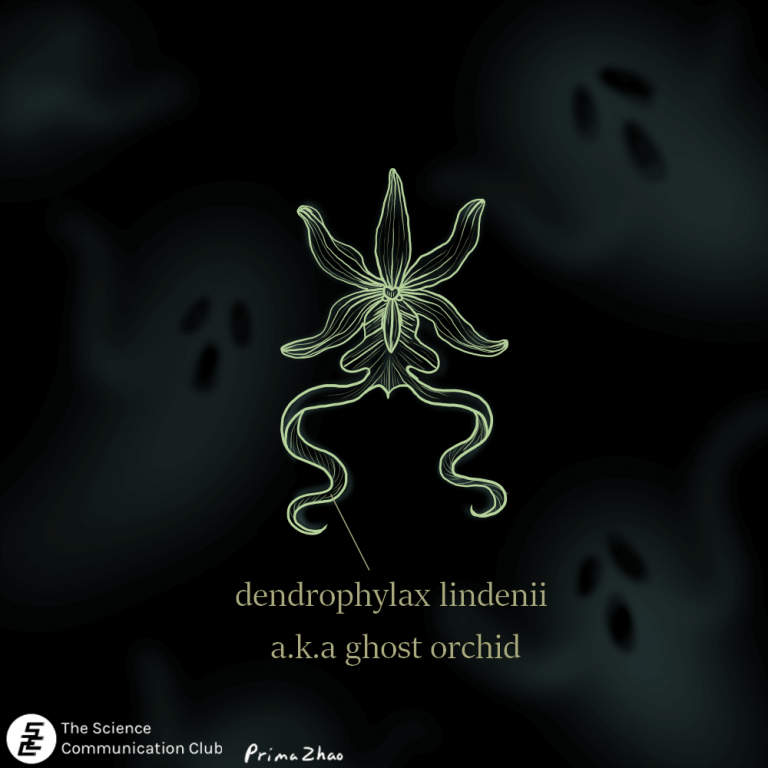 Our world is full of fascinating plant life—and the flower Dendrophylax lindenii, more commonly known as the ghost orchid, is no exception. The ghost orchid is an epiphyte, or a plant which isn’t connected to the ground but grows upon the surface of another plant instead. Epiphytes aren’t parasitic, though—they may anchor onto another plant for support, but they don’t harm it in the process. Rather than sap resources from their neighbours, epiphytes draw water from moisture in the air and nutrients from organic debris that collects nearby.

In the case of the ghost orchid, it grows on the trunks and branches of trees, its long roots sprawling across the surface in all directions. Within their habitats, which are often dimly lit, these roots can appear hidden. Because of this, the plant’s delicate, bright white flowers look like they’re floating in mid-air—which is how it got its name.

The ghost orchid is native to both southern Florida and Cuba. In Florida, the orchid grows where there’s plenty of still water and vegetation nearby—such as swamps and other types of wetlands. The high humidity within these areas insulates the orchids as temperatures drop in the winter, ensuring that these cold-sensitive plants can last throughout the year. In the warmer region of Cuba, the orchid can be found in a different kind of habitat—it grows upon tropical hardwoods surrounded by reef limestone. Though water sometimes pools in pockets on the limestone when it rains, the area otherwise has little still water. 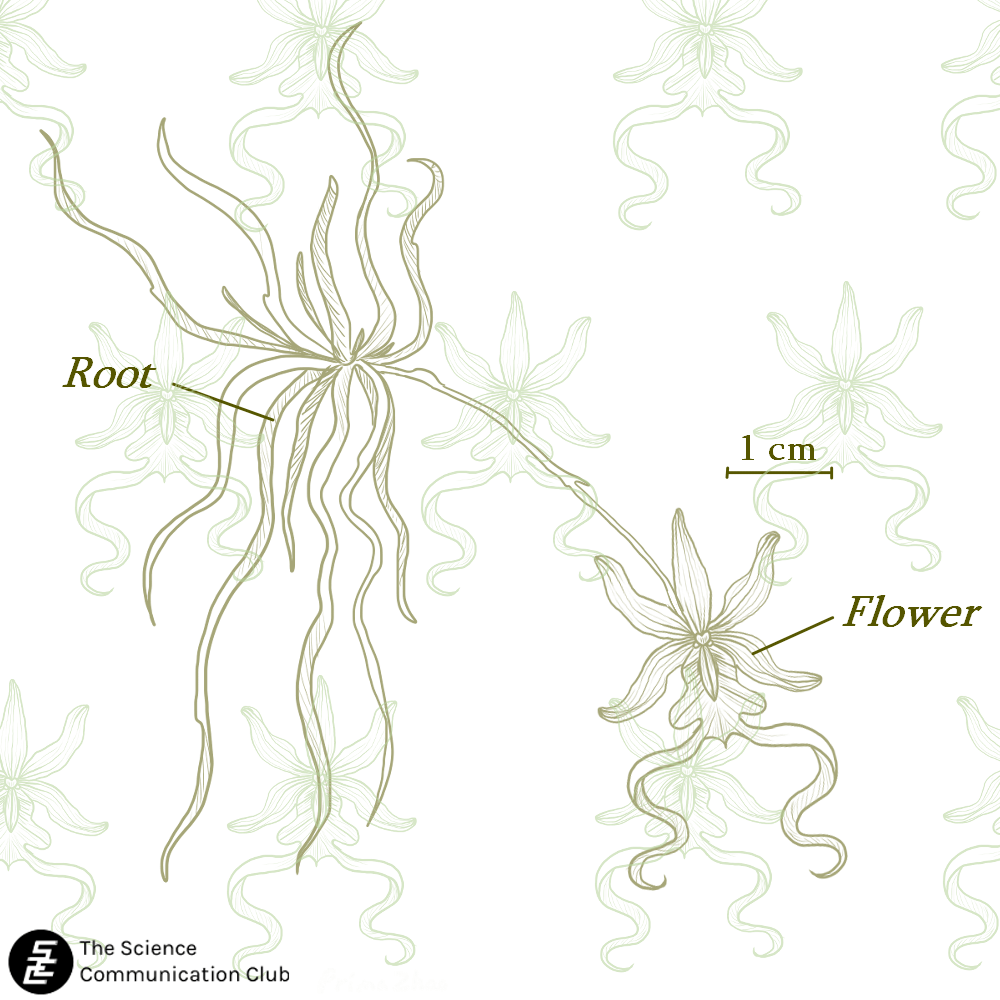 Despite the range of difference between them, the two habitats still share commonalities that allow us to know more about the ghost orchid that dwells there. One team of researchers found that in both habitats, the trees on which the orchid grew had corrugated, flaky surfaces; the team postulated that the rough surface provided an ideal environment for orchid seeds to embed themselves after being carried by the wind. Their idea became further supported when they discovered ghost orchid seedlings nestling within the crevices formed by the rough bark.

For all its notable features, however, the ghost orchid is unfortunately not immune to threat: poaching, habitat destruction, and potential further degradation due to climate change have made the flower in danger of disappearing. In response to these hazards, efforts are being made to preserve this species. The orchid is protected in a number of public parks, and earlier this year, several conservation organizations submitted a petition to the U.S. Fish and Wildlife Service pushing it to protect the orchid under the Endangered Species Act. Such strong efforts will hopefully lead to further fruitful endeavours, ensuring the ghost orchid can continue gracing its habitats with its fascinating beauty.