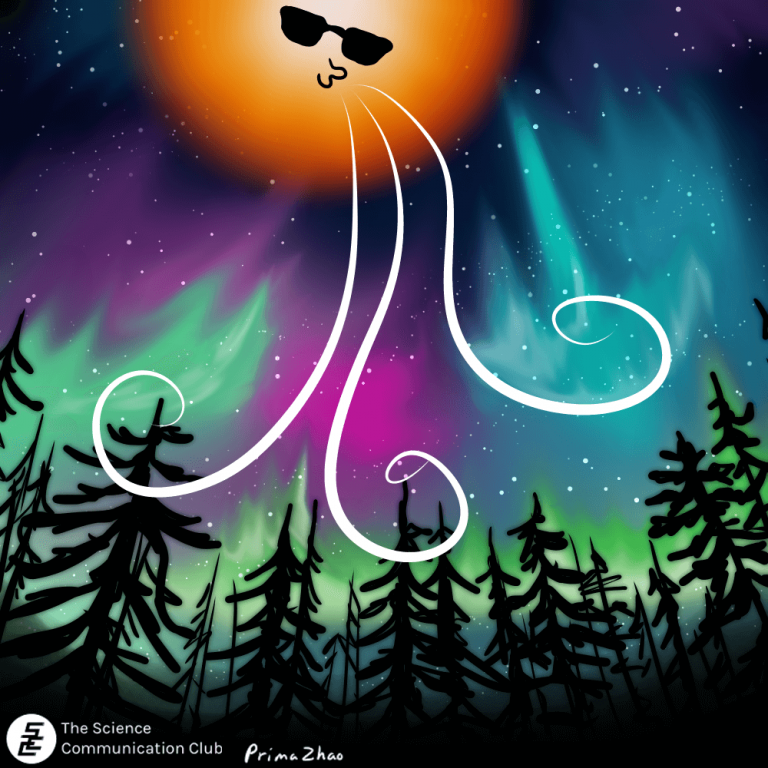 Captivating colours from red to blue dance across the night sky, creating a ‘light show’ in waves and circles. This spectacle can be seen in Canada, and is better known as the northern lights, or aurora borealis. The phenomenon also occurs at the southern pole, where it is referred to as the southern lights or aurora australis. The closer you are to one of these poles, the higher chance you may see this phenomenon! Auroras are easier to see with the naked eye during the winter and are thought to have first been described over 30,000 years ago!

The northern and southern lights are actually caused by the sun. The sun has electric currents that form a magnetic field. This magnetic field generates polarity, identical to the opposite sides of a magnet, forming the north and south poles. On the sun, these poles can switch places over an 11-year period, and this instability can produce sunspots in areas of magnetic stress. These sunspots appear as dark marks on the surface of the sun. Over time, they erupt and cause solar storms and winds. These winds hit the Earth at super-fast speeds and contain charged particles, like electrons. This radiation predominantly goes to the poles of the Earth because the Earth’s magnetic field acts as a shield and takes the brunt of most of this energy. The strong and charged nature of this wind is why they’re also referred to as geomagnetic storms. Sometimes these storms can actually be strong enough to penetrate the Earth’s magnetic field and cause power outages or interfere with nearby planes! 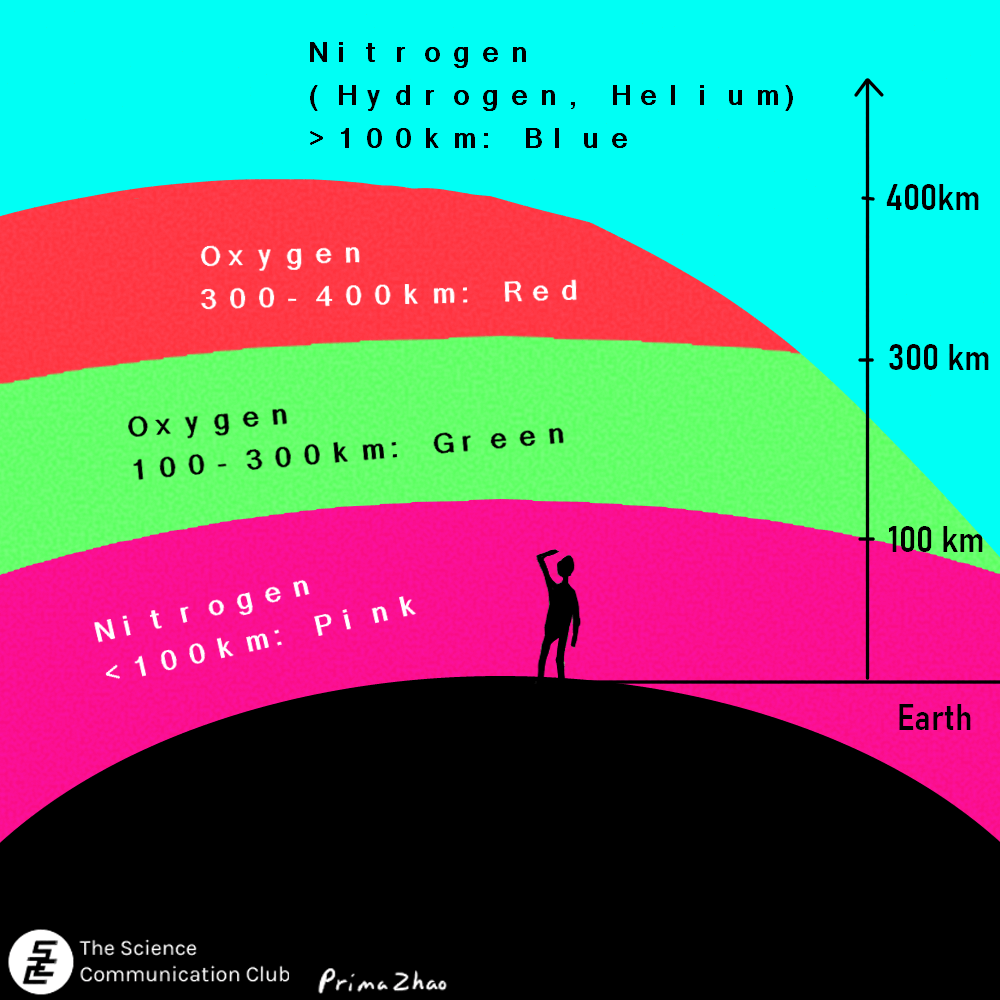 Charged solar winds collide with the Earth and disrupt its magnetic field, pulling outwards and then strongly recoiling. These recoil forces result in the creation of Alfvén waves during the restoration of the magnetic field to its original state. A group from UCLA (Schroeder et al., 2021) recently confirmed that a small population of electrons from the solar wind can accelerate and travel with these Alfvén waves, allowing them to interact with gases in the upper atmosphere of the Earth. The gases in the atmosphere, such as oxygen and nitrogen, get excited after interacting with these charged electrons and emit coloured light when they finally relax, resulting in the northern lights! The scientists that completed this study actually designed an instrument to recreate the conditions in which Alfvén waves are produced. They measured the few electrons that accelerated in speeds similar to those of an Alfvén wave, which they described as “electrons catching waves and surfing on them”. Alfvén waves have previously been seen during northern lights, confirming that they contribute to the colours we see in the night sky. The exact colours we see once the electrons excite the Earth’s atmospheric gases depend on how far these gases are from the ground. Green is generated by oxygen that is 100-300 km away from the ground, pink is nitrogen less than 100km away, red is oxygen 300-400km away, and blue is nitrogen over 100km away, or sometimes hydrogen or helium.

The generation of sunspots is supposed to peak again in 2023 and will result in many more chances to view this beautiful phenomenon lighting up our night sky. Hopefully we are all able to catch a glimpse during this peak season!