Where Science Meets Poetry: An Interview with Dr. Sam Illingworth 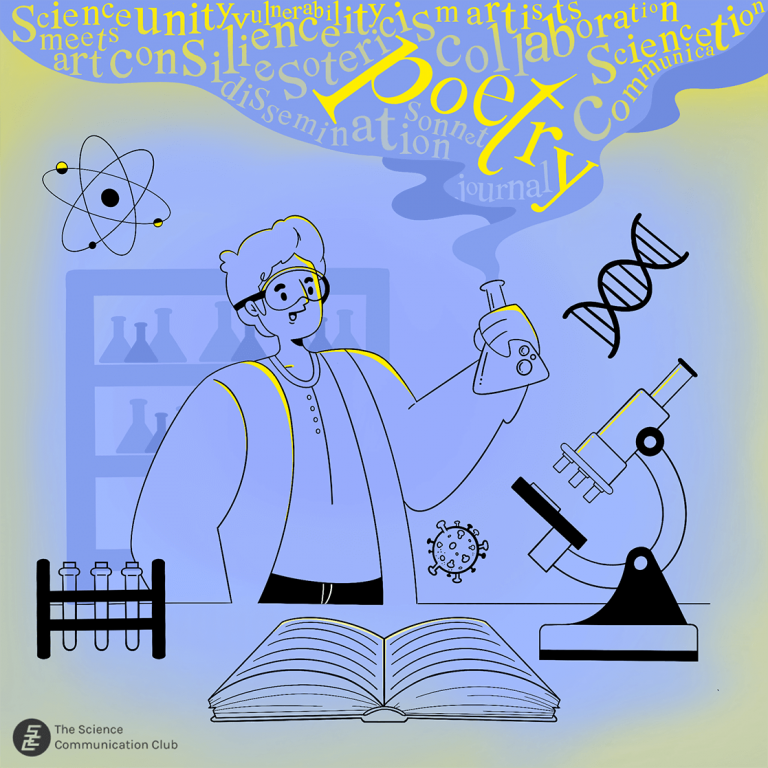 A creator of numerous poems touching on diverse scientific topics, Sam Illingworth is devoted to exploring the intersections between laboratory and lyric. Alongside his career as an associate professor at the University of Edinburgh, Illingworth has developed various projects promoting the use of poetry as a science communication medium. These include The Poetry of Science, a blog featuring science poems of all kinds, as well as a corresponding podcast. Illingworth is also the founder of Consilience, a journal dedicated to publishing poems and artwork on scientific themes. In this article, the Science Communication Club speaks with Illingworth on the process, value and beauty of communicating science through poetry.

SCC: How did you become interested in creating science poetry, and why do you believe that poetry is effective in communicating scientific research?

SI: During my first tenure as an assistant professor, I was really interested in developing a new medium or methodology through which to communicate science. Since I’ve always written poetry, I wanted to try to combine the two. I think poetry, in particular, is very effective at enabling personalized accounts of quite esoteric principles to be developed. So to put something such as climate change or global warming, which can be very difficult for a non-specialist to conceptualize and to personalize, into poetry helps to make familiar and make tangible that which is otherwise difficult to grasp.

I think science communication exists on a spectrum from dissemination to dialogue—dissemination being the one-way distribution of knowledge from scientists to non-scientists, and dialogue being a two-way discourse and exchanging information. And poetry affords an opportunity for effective science communication right across the spectrum: from dissemination, such as the science poetry that I write, through to dialogue, whereby we can use poetry as a facilitating medium to engender change, and to give voice to those audiences whom have maybe been denied a voice in the past with regards to scientific discourse.

SCC: Could you elaborate on that? How do you think poetry gives a voice to those whose voices have been left out in scientific discourse?

SI: Of course. So one of the problems we have when we try to engage scientists and non-scientists in dialogue, is that there becomes established what might be deemed a hierarchy of intellect. So even though non-scientists are intelligent and are experts in many facets of their professional and personal lives, when they come to discuss an issue with somebody who is classified as a scientist, and who might have a specific qualification, they can sometimes feel a bit intimidated and feel as though they may be unable to communicate on a hierarchical plane.

So instead, one of the ways in which we can start that dialogue is to write a poem, and to collaboratively write poetry. It works for three reasons. One, it gives permission to the non-scientists that their voice is valid, because it’s very difficult to speak against a poem. Secondly, it gives permission to the scientists to display an element of pathos that they’re not normally “allowed” to display, helping to bridge the gap between science and society. And thirdly, it creates a sense of shared vulnerability through which we can realize that we’re all part of the same solution to the same problem. By which I mean, once you’ve seen a learned professor or academic stand up and read a badly rhymed sonnet or a limerick or a haiku, there’s a breakdown of that buzz in them, and instead it becomes a we. 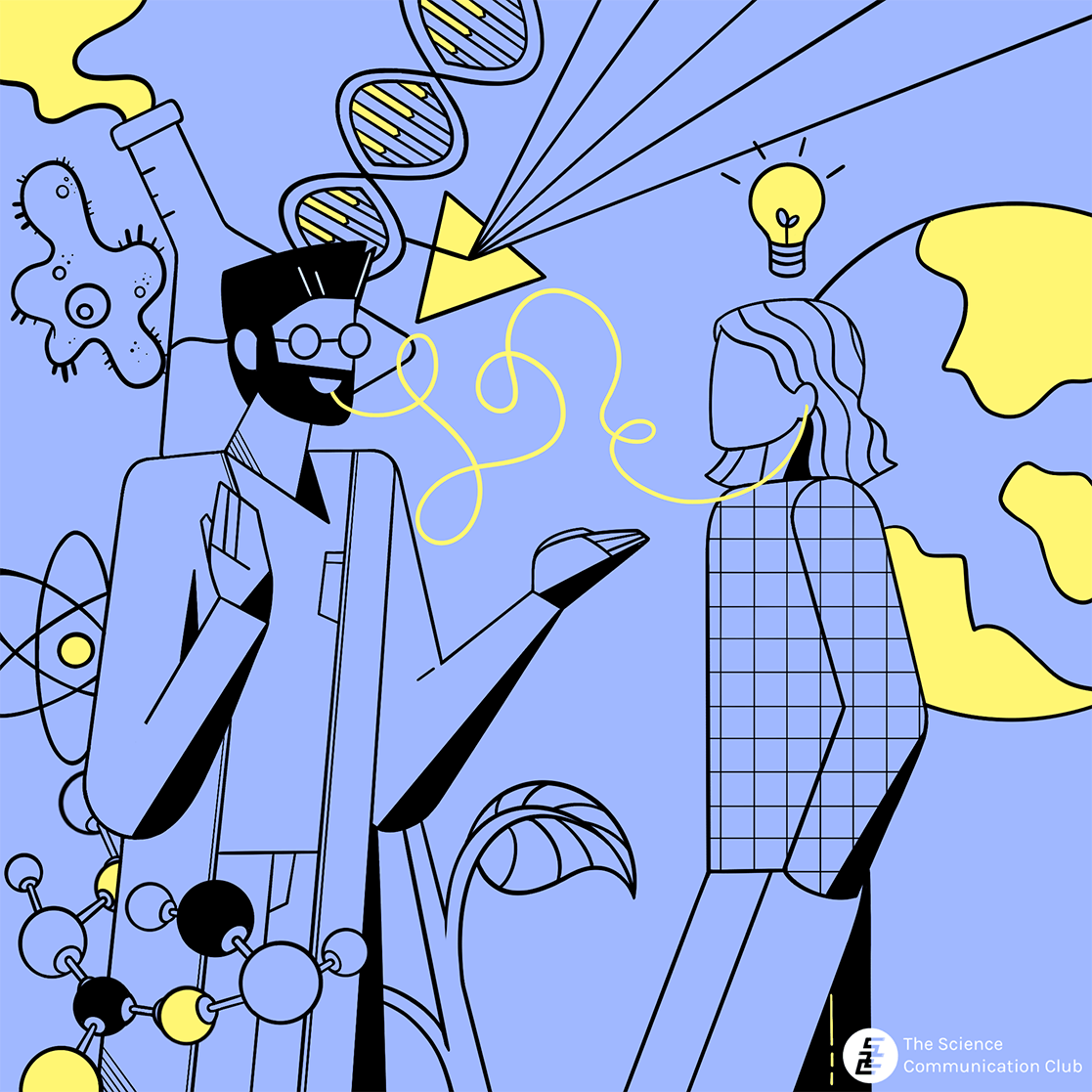 SCC: One of your major projects is Consilience, a peer-reviewed science poetry journal. Could you tell us a little bit about the journal? What are the aims of Consilience, and how does it seek to fulfill them?

SI: So, Consilience is the world’s first science and art peer-reviewed journal. We have four issues a year, each of which is based around a theme. When a poet or an artist submits a science-related piece of work to the journal, it gets reviewed by two independent reviewers, who provide feedback. An editor then collates that feedback and corresponds with the poet or the artist to further develop that work before it gets published online. The journal is completely free to read, completely free to submit to, and completely free to be involved with.

It’s important to create a space for people who have different specialisms other than science, such as poets and artists, and also to acknowledge that poetry and science aren’t mutually exclusive entities, but rather complementary disciplines that present fragmented but related jigsaw pieces to a much larger whole. So we wanted to create a journal that enables people to explore the liminal spaces between the sciences and the arts.

One thing I think science does quite nicely is the peer review process, where people’s work is seen as being neither perfect nor completely wrong—but rather somewhere in between, which through constructive criticism and support can be improved even further. When you’re submitting work to a poetry journal, normally it’s either accepted or rejected, and that’s it. What we like to do with Consilience is to say, okay, we’ll accept your work, providing that it fits with the theme of the journal and that it is not offensive. But we’ll work with you to see if we can improve it further. And what we want to do is we want to create a space where people can learn how to be reviewers, learn how to be editors, and really start to make a community.

SCC: Another one of your projects is your blog, The Poetry of Science. There, you compose poems that are inspired by recent research findings. Could you explain what the process of taking a research article, and then transforming it into a poem, is like for you?

SI: I begin by writing a lay summary of the article so that I know in my head what the key points are. And then I write a poem. I used to very much be guided by a specific style, like a villanelle or sonnet or heroic verse. Having a specific meter or structure helped to ground me in poetic form. Whereas now, I don’t think I do that anymore—I have my own style that has developed through just writing. I don’t claim to be a very good poet, but I think by writing thousands of poems I’ve developed a unique style.

I try to find the voice of the scientific research, and really purpose it in a way that has a rhythm. Just as a sculptor might see the statue within the lump of marble, when I look at a scientific paper, I see the rhythm and the voice of the piece as it emerges. I also think about metaphors that we can identify with and relate to. So I think a lot of poems that I write that might be about environmental degradation are about personal loss. And that sense of grief.

SCC: What are some challenges that you come across when creating your poetry? And how do you overcome them?

SI: I think one of them is imposter syndrome. My background is very much in science and technology, so it was hard for me to consider myself a poet. And there’s thinking that what I’m doing is not very good, or that what I’m doing is not read by many people. I mean, it is, but I guess I worry about that. I worry that I’ve misinterpreted the voice of the research or the intentions of the researcher. And I guess the way to get around that is by sharing the work and listening to feedback and taking that constructively on board. And also practice. Like I said, I don’t necessarily think I’m a Pulitzer-winning poet by any regard, but I do think I have developed a unique style through practice. It’s also definitely helped to make me feel more comfortable in self-identifying as a poet.

SCC: Do you have any advice to those who want to try to communicate science via poetry, or via creative and artistic mediums in general?

SI: I would say practice and then also find somebody who you have a lot of trust in. Find an informal mentor whose values and opinions you respect, and who can give you honest feedback that sometimes might be difficult to hear, but can do it in a way that’s respectful. And I think that that’s a really, really great way to learn.

But I think the key thing would be to give yourself permission to not be defined by the pigeonholes that other people put you into. You don’t need to be defined by what degrees or titles you do and do not have. If you’ve written a single line of poetry in a single book, and only you have read it, you are a poet. And similarly, if you’ve ever looked outside and wondered why the sky is blue, or thought about why a different variety of ladybird arrived in your garden compared to another, then you’re a scientist. So don’t let other people’s definitions of what you are and aren’t constrict you. We’re all human beings with limitless potential.

You can find more about Dr. Illingworth’s work through his website and blog, or read and get involved with science poetry journal Consilience here.