Pulling Back the Curtain on the Past 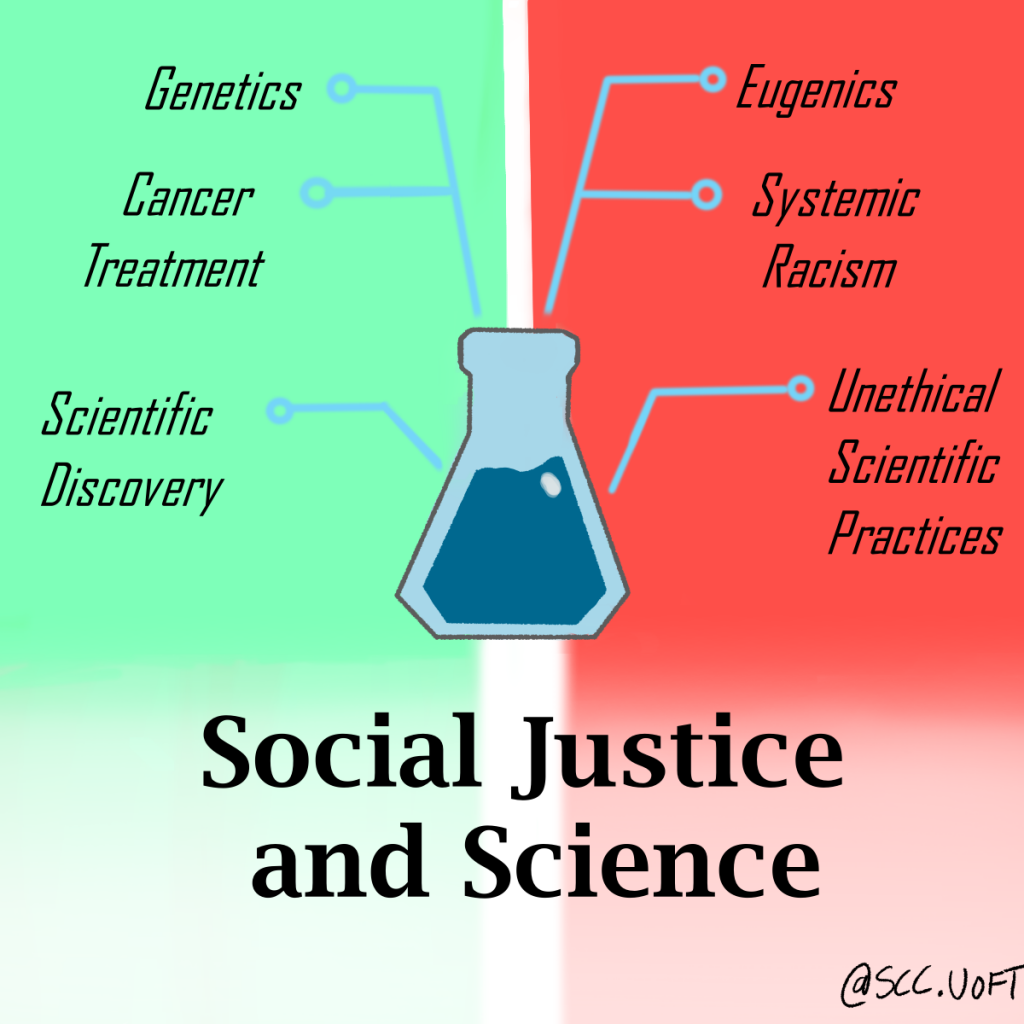 Social media has its faults, but one thing that it’s done well is allow people from every walk of life to make their voices heard. The world may seem peaceful, but that doesn’t mean that things are perfect. Under this thin veneer of civility, issues like institutional racism, sexism and exploitation are ever more present. Social media has given people who’ve been disenfranchised for so long the opportunity speak out about their experiences. And with the resurgence of social justice movements like Black Lives Matter in the wake of the May 2020 shooting of George Floyd, it is more important than ever to look back at our past and re-examine our biases. And unfortunately, in regards to social justice, the historical side of science isn’t pretty.
Just as institutional racism has infected society at its roots, it’s also affected the scientific community. Take for example the field of eugenics. Eugenics is the practice of weeding out ‘inferior’ people from of the population (usually people of color, the disabled, the mentally ill, and those who identify as being LGBTQIA+). And until World War II, it was incredibly popular and had well-known supporters like Alexander Graham Bell (the inventor of the telephone), Jacques Cousteau (the explorer) and Francis Crick (supposedly one of the first people who discovered DNA’s structure). Advocates of this abhorrent practice often turn to genetics for justification, using the debunked notion that humans are genetically divided into races with some (white European) being genetically more intelligent than others.
Systemic racism isn’t just isolated to an outdated and rightfully hated field of study. Consider Henrietta Lacks, an African American woman who has saved countless of lives, but most people wouldn’t know her name. After dying from cervical cancer at age 31 in 1951, cells from her tumors were cultured and eventually became the HeLa cell line, one of the most important cell lines in medical research; these cells can be grown and maintained indefinitely in a lab and have contributed to the discovery of countless treatments and cures. But neither she nor her family were ever compensated for this—in fact, they didn’t even know of this line’s existence until 1975 as the cells were taken without Henrietta’s consent or knowledge.
Speaking of injustices, we cannot ignore one of the biggest stains in the history of scientific research: the Tuskegee study. Officially known as the ‘Tuskegee Study of Untreated Syphilis in the Negro Male’, it ran for 40 years between 1932 and 1972 when hundreds of African American men suffering from syphilis were left untreated—some were even refused treatment despite penicillin being known as an effective cure—in order to see the progression of the disease. The men didn’t even know they had syphilis; they were told they had ‘bad blood’ and were receiving free healthcare from the government. Many of them died and spread the disease to their families. This study essentially ruined the trust of the African American community in doctors and scientific research.
Instances like these aren’t the exception but rather symptoms of a wide-reaching problem. There is a bias in scientific research in favour of white European subjects. Due to genetic differences, symptoms of conditions like asthma appear differently in people who are of African, Indigenous or Latin American descent, and they might respond differently to standard treatments, leaving them at higher risk. And it isn’t just mistrust in the scientific community that causes this bias, but sometimes it is the logistical barriers to getting doctors’ appointments, something that disproportionately affects non-white and impoverished communities.
Science also has a long history with gender bias and sexism. For the longest time—barring a few exceptions—women were rarely allowed to enter scientific academics (when they did, their work was overlooked), and were seen as inferior to men. This caused women to be labeled as hysterical when in reality, they were suffering from real medical issues. Additionally, women were often neglected in clinical studies where they were vastly underrepresented compared to their male counterparts.
Although it’s known that men and women often present different symptoms for certain medical conditions, less is known about how and serious conditions that only affect women, like endometriosis, are usually brushed aside or underdiagnosed. Drugs also affect women differently compared to men; women are more likely to suffer from adverse effects and accidental overdoses; the lack of women in drug clinical trials means that these things are often not considered.
This was a very brief overview of the many problems that plague the scientific community, and it’s hard to discuss them properly and concisely while doing them justice. However, there are some silver linings. In the aftermath of the Tuskegee study, laws were passed to protect study participants that set the standards for bioethics in the US. Things are not perfect, but we are slowly making strides to do and be better. In 1993, the National Institutes of Health made including women and racial minorities a requirement for clinical studies; better late than never. We still have a long way to go: women and racial minorities are still incredibly underrepresented in science—both as researchers and research participants—but this percentage is growing. More voices are speaking out against and bringing attention these biases within the field, both within prestigious scientific journals like Nature, and on social media. It’s only after we bring attention to these issues and acknowledge them that we can begin to learn from them and do better.