Protecting Bats: Not so Spooky After All 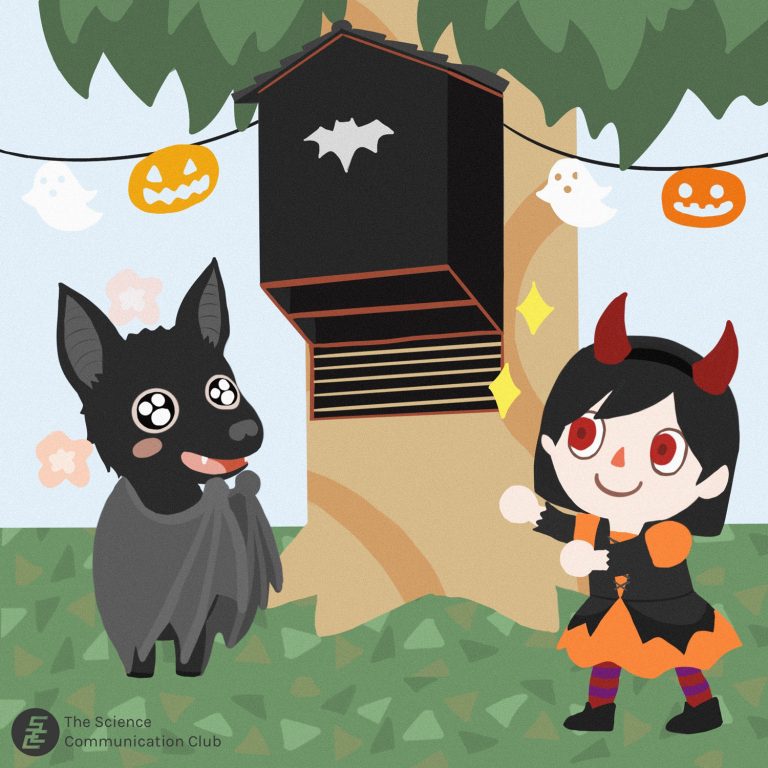 Bats are possibly one of the most misunderstood and misrepresented animals of all. For centuries, bats have been and still are associated with darkness, death and the unknown. We’ve all seen the images of a spooky, decrepit house on a dark and stormy night with bats flying from the attic, likely in connection with Halloween. But bats don’t deserve the scary persona they have been given. More than just Dracula’s sidekick, bats are an integral part of our natural environment, whether you live in the middle of a city or out in the country. So how did bats become associated with Halloween anyway? And if they’re actually good to have around, how can we help them thrive?

During the ancient Celtic festival of Samhain (pronounced “sow-in”), Celts celebrated the end of summer and harvest season as they transitioned into their new year on November 1st. On the eve of the new year, they believed the boundary between the living world and the spiritual underworld became blurred, allowing mischievous ghosts of the dead to return to Earth. To appease the unruly spirits, the Celts built huge sacrificial bonfires and donned animal skin costumes, a tradition that has been carried on through centuries to celebrate what we now call Halloween.

Although the Celtic festival transitioned to All Saints Day (also known as All-Hallows) when the Romans invaded, costume-wearing on All-Hallows Eve wasn’t the only aspect of Samhain that lived on; this is also where bats first became associated with Halloween. When the Celts built their sacrificial pyres, the light attracted lots of insects to their gatherings, which in turn attracted their predators: bats. In the late autumn dusk, bats would swoop in and out of sight, catching bugs. But to the Celts, the flying creatures appeared to be the shadowy embodiments of otherworldly spirits believed to emerge on October 31st, creating an eternal connection between bats and Halloween.

As with the Celts, many other cultures around the world have associated bats with death and mystery, but that is mostly because we as humans have had a hard time observing and understanding them with our poor night vision. Bats belong to the order Chiroptera and are the only mammals that can fly. In Ontario, there are eight species of bats, four of which are endangered, partly due to white nose syndrome (WNS). WNS is a fungal infection that disrupts hibernation and forces bats to use up their fat reserves before the end of winter, leading to death. Habitat loss is another leading cause of bat endangerment and something conservation researchers and ecologists are actively trying to rectify.

Thankfully, none of the Ontario bat species feast on blood—there are only three species of vampire bats in the world, and they live in Central and South America. Our local bats, on the other hand, prey exclusively on insects like beetles and moths, playing an important role in keeping insect levels down to help maintain healthy ecosystems. Not only is this handy for city folk who like to enjoy summer evenings unencumbered by swaths of pesky bugs, but bat predation on bugs has also been shown to reduce levels of pest insect larvae on corn crops, thereby helping to increase yield. It’s been estimated that without bats providing pesticide-free insect management in North America, there could be agricultural crop losses worth more than $3.7 billion every year.

We as humans have come a long way from fearing bats as ghosts reincarnated to realizing these tiny flying mammals are crucial for the sustenance of a healthy ecological and agricultural environment. So, what are we doing to help them thrive?

There are several research projects under way in Ontario aimed at tracking and monitoring bat behaviour and health. Places like the High Park Nature Centre (HPNC) in Toronto, the Toronto Zoo, Rouge National Urban Park and Pinery Provincial Park run programs in collaboration with university labs to better understand what exactly bats eat, where they prefer to live and how urban environments are impacting their survival. What’s cool about these programs is you don’t have to be a trained scientist to contribute!

As with many ecologists, bat scientists have embraced citizen science, a phenomenon where local residents collect and share data with researchers. The easiest way to participate is to record bat sightings on forms provided by the HPNC or Neighbourhood Bat Watch (NBW), who will send the data to their academic research partners. If you live near a colony of bats, you can inform these research groups of its existence and location, then visit regularly and systematically record the number of bats entering and exiting in the evenings. If you want to take your citizen bat science to the next level, you can submit guano (i.e. bat poop) samples through NBW to better understand bats’ diets. Guano samples allow researchers to identify exactly what kinds of insects bats eat, which helps guide conservation efforts to ensure bats have enough food available. 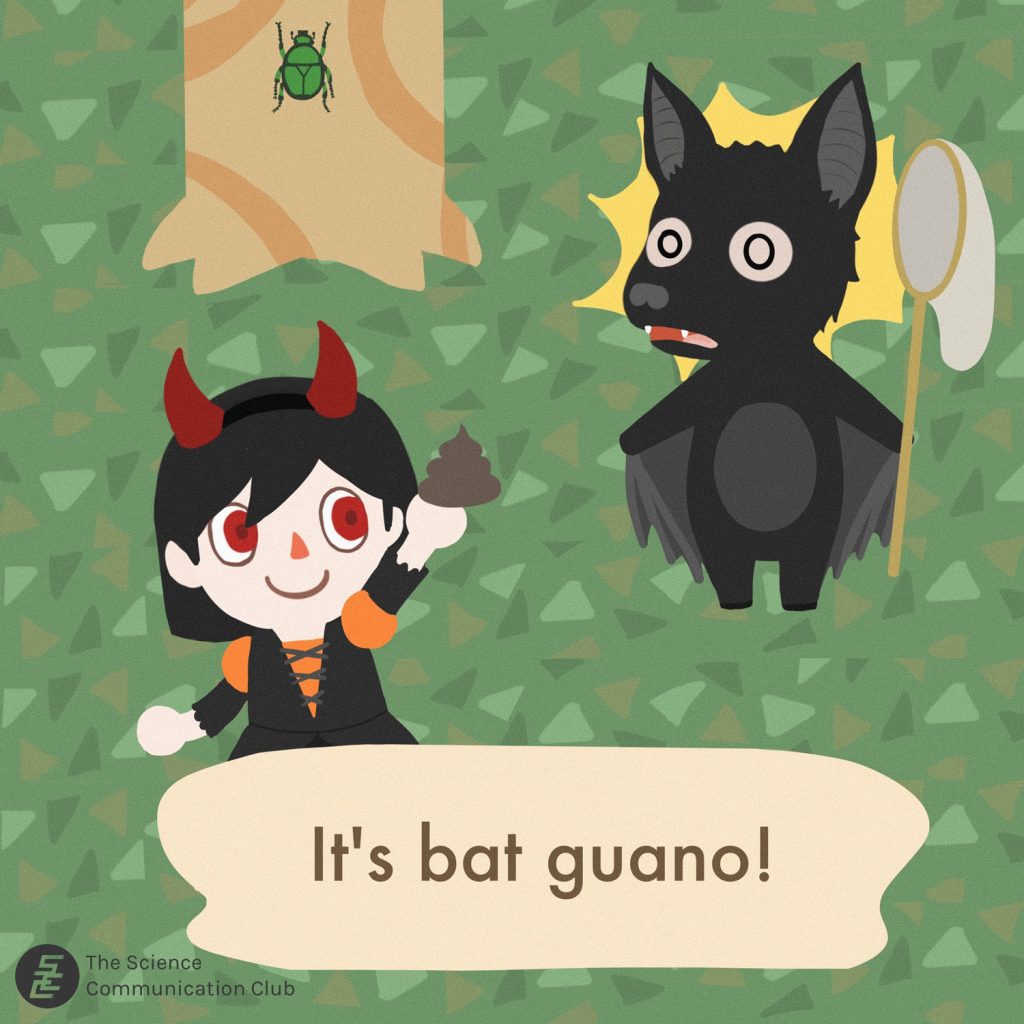 Researchers also get citizen scientists to use acoustic devices to monitor bat populations and behaviour. High Park and Pinery Provincial Park organize evening bat walks with researchers where participants are given cellphone-sized instruments to pick up high-frequency bat calls. Sometimes, they’ll even loan you a device for a week to conduct your own studies! These acoustic studies have already led to some interesting results, notably that bats don’t actually seem to like living in High Park—they really only fly through it to get to better feeding grounds. Although surprising, this is still useful to know because it tells us that we need to improve habitats if we want bats to populate High Park.

Additionally, data collected through the NBW was able to identify ideal locations to set up heated bat houses to help bats better survive the winter. (Speaking of bat houses, another thing you can do to help bats thrive is to install one in your own back yard! You can either build one from scratch or purchase one from a local retailer, but just make sure it is painted or stained a dark colour and mounted high up in a warm sunny spot.)

cientific record-keeping by citizens is especially helpful for urban ecologists. Due to limited public space and the challenges of observing bats on private property, it’s often difficult to collect data in cities. Getting the public to participate in data collection also extends sampling ranges and gives researchers access to more information than they would ever be able to collect alone. Data generated by citizen science helps direct initiatives to conserve bat habitats and design urban environments to benefit both ecology and humanity. As bat researcher Dr. Cylita Guy says in her TEDx UofT talk, “we need to find ways to make space for and incorporate nature into our cities.”

So, this Halloween, let’s stop fearing bats and start helping them thrive instead. While you’re trick-or-treating, keep a tally of how many bats you see flying by overhead. While you’re making jack-o-lanterns, try to carve out a few minutes to install a bat house in your yard. And once some bats take up residence, why not collect some bat guano and send it to the lab? Bats and bat researchers will be oh-so grateful for such a treat this spooky season!